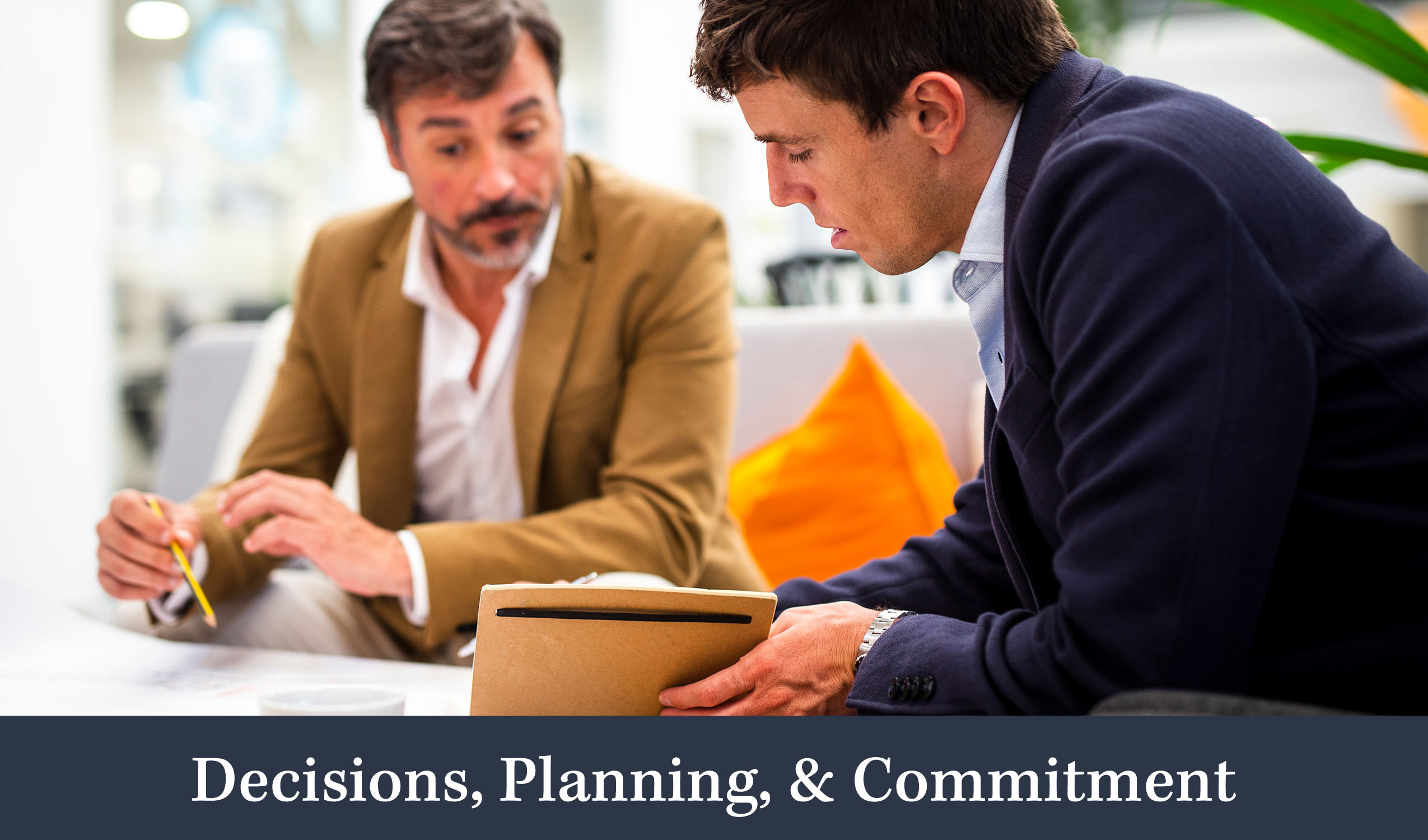 It’s the second week of January, which means you’ve likely hit a few roadblocks to fulfilling your resolutions and beginning making changes. When you hit these roadblocks, what do you do to get over them? Many try “muscling through” difficulties and “just forcing it”, but this approach isn’t sustainable. Instead, let’s review the dangers of relying on willpower and focus instead on decisions, commitment, and planning.

The ability we have to force ourselves to do things, especially those we think we don’t want to do, is highly prized in the productivity world. But the reality is, getting enough self-discipline to get stuff done is tough. According to psychological research, your willpower is a finite resource that depletes with use. As a result, by the end of your busy day, your willpower muscles are exhausted and it’s suddenly much harder to stop yourself from falling back into old habits. Research has shown that those who experience the most temptation when trying to make a change (whether or not they resist) report feeling the most mentally depleted during the day and drained at night. The key takeaway then isn’t to engage temptation with force of will, but to avoid temptations from the get-go, or to at least minimize exposure whenever possible.

If you’re relying on willpower to create change, this may be because you haven’t fully determined what you want. Once you make a decision, the internal debate is over, and all future decisions regarding that matter have also been made, no questions. Until you fully decide, you’ll be required to use willpower and will continue making minimal progress.

In addition to making a decision, you must also fully commit to the change. Commitment means you build external defense systems around your goals. In evolution we adapt to our environments, so conscious evolution should involve purposefully planning, choosing or creating environments that mold us into the person we want to become. No matter how much internal resolve you have, you will fail to change your life if you don’t change your environment. Eventually, you will succumb despite your greatest efforts to resist.  Consequently, the best use of your choices is consciously designing environments that facilitate your commitments.

In conclusion, it’s important to intentionally design your environment for success instead of relying on willpower. Quickly get rid of anything and everything that makes reaching your goals harder and requires willpower to resist. This could be time-waster apps on your phone, sugary foods in your pantry, or wasteful subscription services that aren’t serving you. Once you make this decision and change your environment, you’ll no longer have to use willpower and will find it much easier to stick to, and accomplish, your goals.