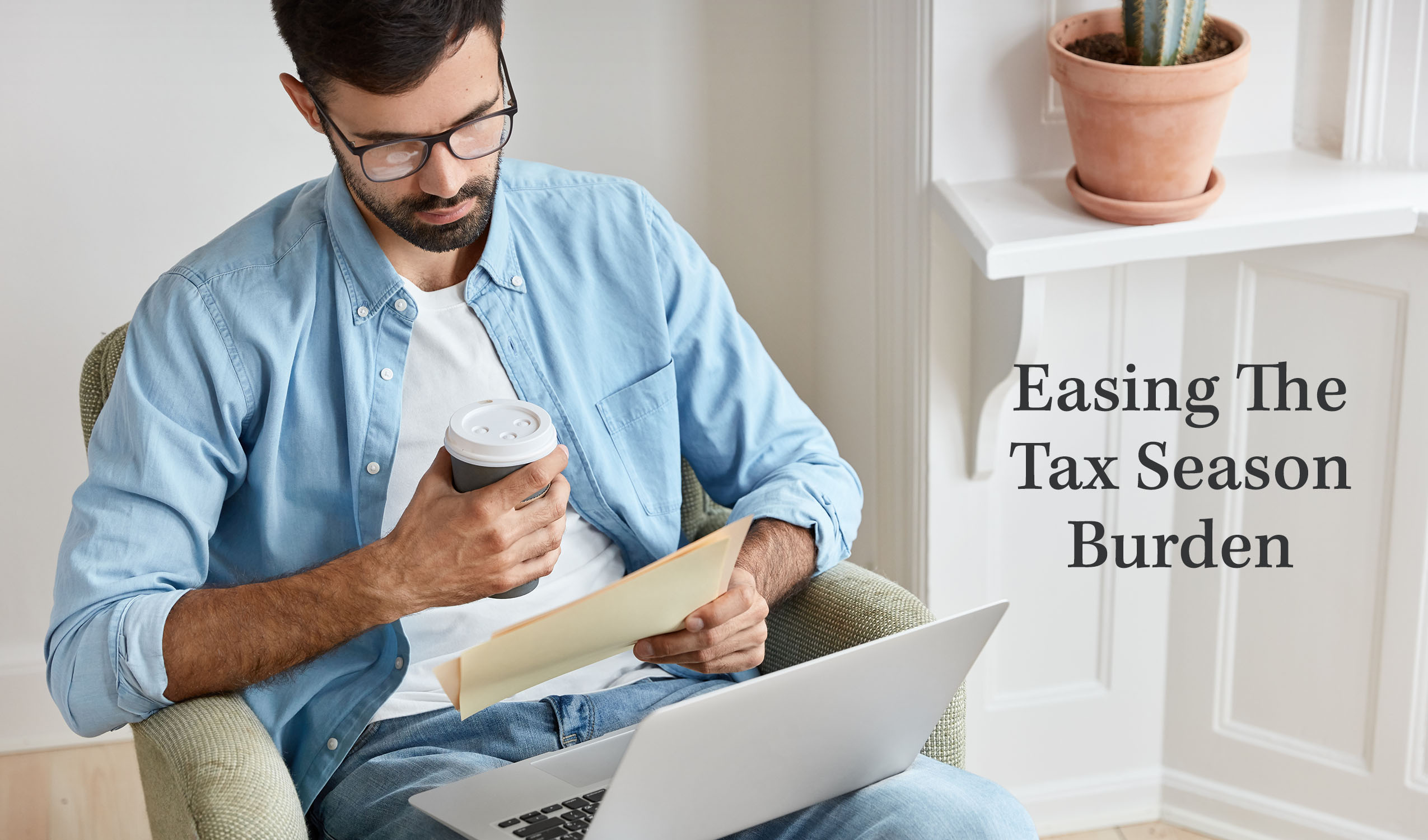 April is known for rain showers, the beginning of spring…and taxes. Nearly three-quarters of Americans cited money as a significant source of stress, and tax season causes it to take center stage, even if you‘re able to push it aside the rest of the year. Tax-time is so daunting that it causes nationwide mass procrastination. Instead of anticipating and accepting the tax filing process as a cycle of chaos and ultimate discomfort, you can take control and use the Franklin Planner system to stay ahead and retain peace. If you have already put some, or all, of the suggestions from last year’s blog post, Creating a Truly Peaceful Tax Season, into action, now is the time to gather the forms you used to track those important receipts and expenses. If not, here are a few ways to ease the burden of tax season.

Make It Easier. Brainstorm ways to make this time of year a little easier. Do your taxes while listening to music or whatever else makes you feel relaxed. For filers with math anxiety, hire a preparer or invest in tax software. Couples should strategize on ways to avoid chronic money fights, such as communicating financial information through notes or other modes that won’t carry an accusatory tone.

Get Organized. Start by stashing all the tax forms in a designated place such as a large envelope as they come in so nothing gets misplaced. Store all of your receipts in one place, even if it’s an old shoe box. You can also scan your receipts and save the information digitally to avoid clutter. Remember to download any forms from accounts that are no longer generating paper statements.

Break It Into Small Steps. The average person spends hours working on Form 1040 and more than 24 hours preparing more complicated forms. No wonder people succumb to procrastination. The way to handle a daunting task such as taxes is to block out dedicated chunks of time and tack on an incentive. You might set Saturday morning aside for taxes, then plan something fun to do in the afternoon. Give yourself a deadline to get something done and then give yourself a reward.

Even if you’re just starting now, we have many forms that will help you organize information and simplify your tax process such as Auto Mileage Logs, Check Registers, Expense Envelopes, and Information Records. Your storage binder is the place to quickly review the monthly index sheets of last year’s planner, taking note of any trips and other business expenses you’ll want to include as tax write-offs, and any reminders you’ve written for possible tax credits.

Better money management is the best way to avoid unpleasant surprises each year, so channel your tax-time stress into a resolution to track your finances more carefully. If you’re still feeling overwhelmed, turn to the IRS to file an extension or set up an installment plan for tax payments.

This time, don’t let another year get ahead of you. You’re only a few months in, so start now and get ahead of the game. Your future emotions and peace will thank you.