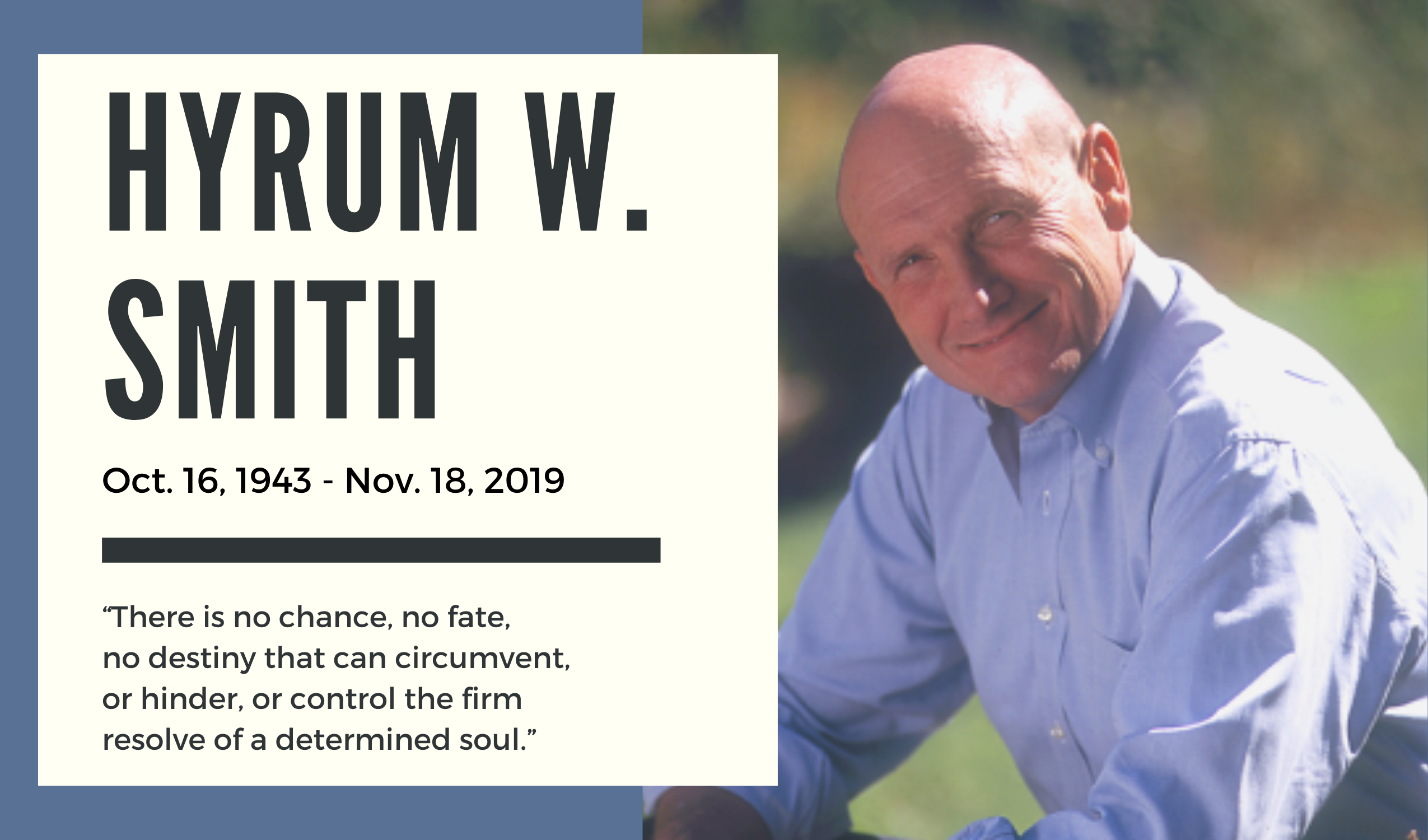 Hyrum W. Smith recently passed away after a fierce battle with cancer. We will miss his inviting smile and contagious enthusiasm.

“When your daily activities are in concert with your highest priorities, you have a credible claim to inner peace.”
—Hyrum W. Smith

For more than four decades, Hyrum empowered millions of people to effectively govern their personal and professional lives. Hyrum is the author of several nationally acclaimed books, including The 10 Natural Laws of Successful Time and Life Management, What Matters Most, The Modern Gladiator, and The 3 Gaps. His books and presentations have been acclaimed by American and international audiences. He had a knack for combining wit and enthusiasm to communicate compelling principles and incite lasting personal change.

“The only thing you have 100 percent control over is you.”
—Hyrum W. Smith

Born in 1943, Hyrum grew up in Honolulu, Hawaii, and spent two years in London, England as a missionary for The Church of Jesus Christ of Latter-day Saints. When he returned from London he was drafted into the army.

He married Gail Cooper in 1966 while on leave. They have six children and 24 grandchildren. After earning Honor Graduate distinction from Officers Candidate School, he commanded a Pershing Missile unit in Germany. Hyrum graduated from Brigham Young University in 1971 with a degree in Business Management.

Hyrum has received numerous honors and community service awards, including the following:

Hyrum enjoyed golfing, shooting pistols and rifles, listening to classical music, horse riding, and spending time with his family at his ranch in southern Utah.

“There is no chance, no fate, no destiny that can circumvent, or hinder, or control the firm resolve of a determined soul.”
—Hyrum W. Smith